Neeraj is getting congratulations on social media since this success. 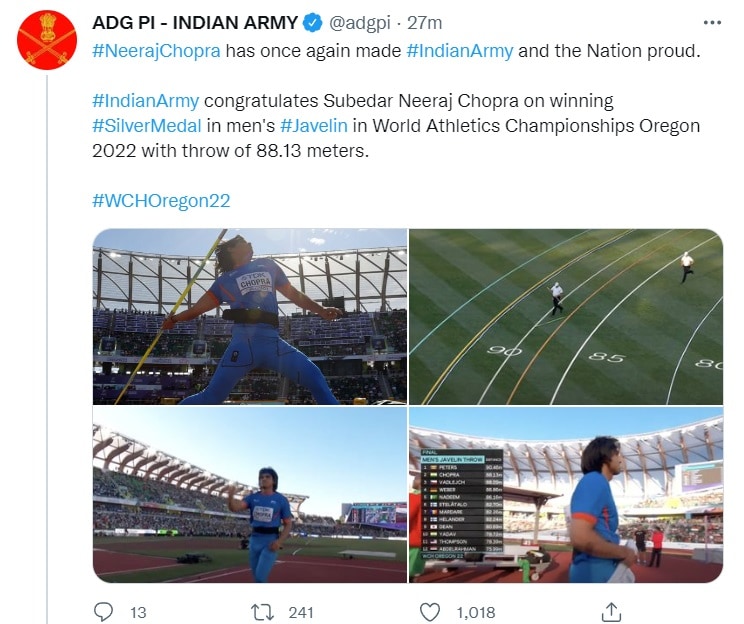 Abhinav Bindra, who won gold in shooting in Beijing Olympics, also congratulated Neeraj. He wrote, “Congratulations Neeraj Chopra for winning the silver medal in the World Championship. Weldon. Wishing you all the best for the rest of the season.”