New Delhi. Lucknow Super Giants, who debuted in IPL 2022, performed brilliantly in the league stage. Playing the first season, this team led by KL Rahul showed a game like a champion. But due to the loss to Royal Challengers Bangalore in the Eliminator match, Lucknow’s dream of winning the first title remained unfulfilled. Chasing the target of 208 runs, Lucknow team could score only 193 runs at the loss of 6 wickets and lost the match by 14 runs. Mentor Gautam Gambhir looked very disappointed with this defeat of the Lucknow team.

Looking at the picture of Gambhir and captain KL Rahul that came out after the match, it seems that there was a heated argument between the mentor and the captain of the team. Because anger is clearly visible on Gambhir’s face. In this match, KL Rahul scored 79 runs in 58 balls chasing the target of 208 runs. However, this too could not avert the team’s defeat. Rahul’s batting was slow in terms of the big score Lucknow was chasing. He could not get runs fast at the right time. For this reason, Lucknow missed even after reaching the target.

After the match, there was a long conversation between Gambhir and KL Rahul. It is not known what happened between the two. But people are speculating on social media that maybe Gambhir was angry with Lucknow captain KL Rahul for his slow innings. The picture of Gambhir is going viral. The fans did not like his style at all. Some fans wrote that Gambhir should not have vented the anger of defeat like this on KL Rahul. 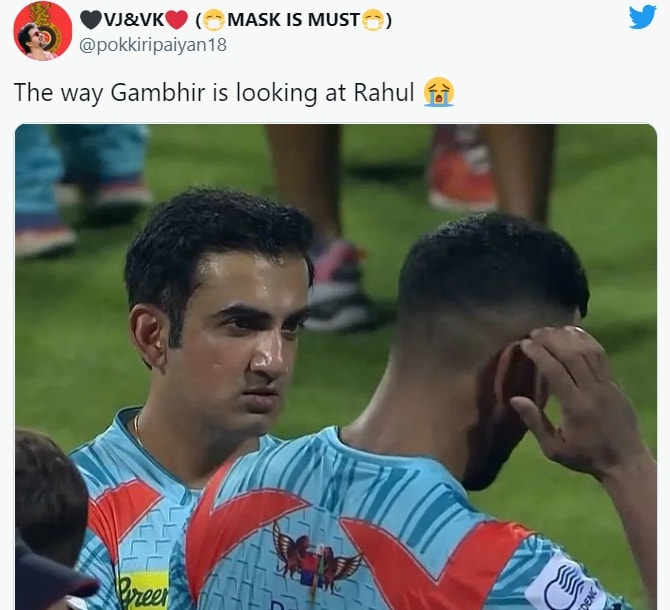 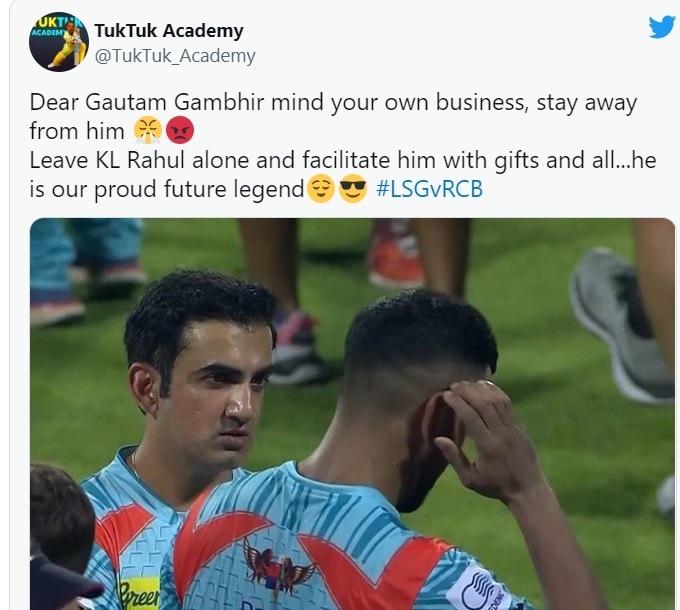 Read also: LSG vs RCB: Rajat Patidar was not bought in the auction, scored the first century of T20, RCB’s huge score

Lucknow fielded very poorly in this match. Captain KL Rahul himself also dropped the catch of RCB batsman Dinesh Karthik and Karthik took full advantage of it and scored 37 not out in 23 balls. Due to this innings of Karthik, RCB scored a big score of 207 runs and later it overshadowed Lucknow.