New Delhi. Wicket-keeper batsman Dinesh Karthik is playing the role of finisher for Royal Challengers Bangalore in the current season of IPL (IPL-2022). He has scored runs in this season at a strike rate of 200 and averages 68.50. He is also very active on social media. He shared a picture of himself on Wednesday and asked social media users for a caption for it.

Dinesh Karthik, who has been playing in the IPL since 2008, keeps on replying to the tweets of his fans on social media. In the picture shared by Karthik, he is standing with both his hands on his waist and looking to the right. More than 6.5 thousand users liked this picture in half an hour.

See also, Dinesh Karthik’s bat wreaking havoc in IPL-2022, know how many runs have been scored in the 20th over so far?

Many people commented on this photo of 36-year-old Karthik. One user wrote – Real finisher. At the same time, another user wrote – Thinking about playing a match-winning innings for India in the T20 World Cup.

Karthik shared a picture of himself on social media. (Twitter)

One user wrote, ‘DK is then inspired by Hera Pheri’s Raju.’ Actually, a meme related to Akshay Kumar standing in the same way in the film is also shared a lot on social media. 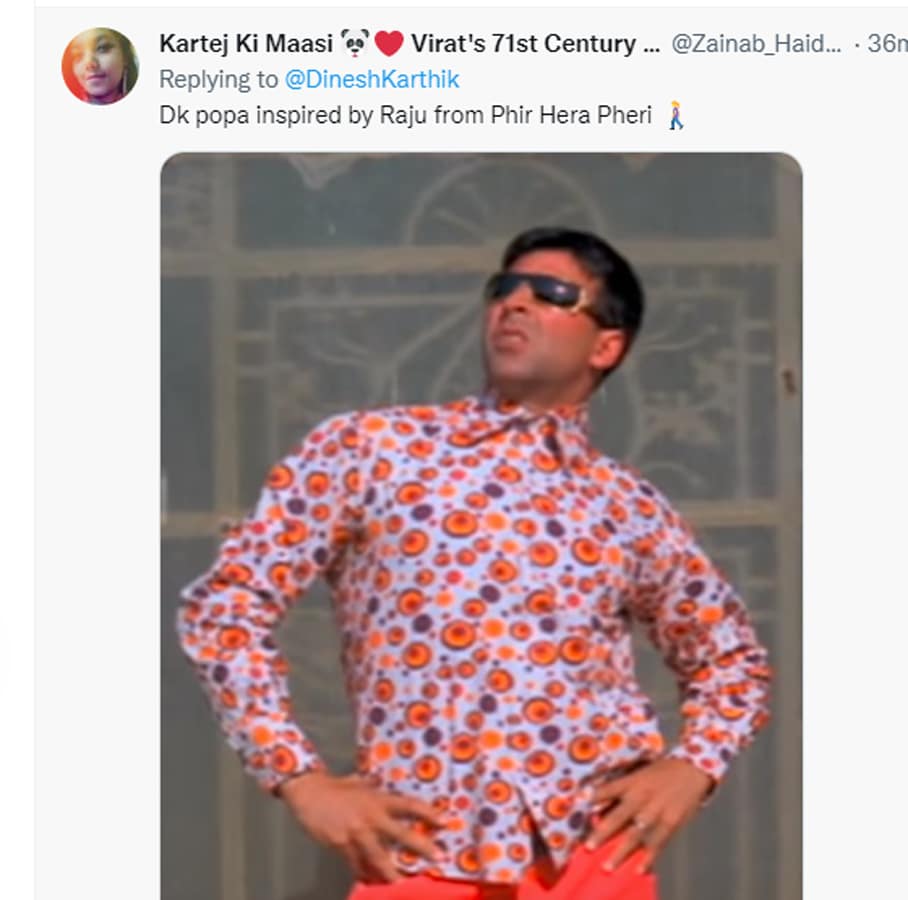 Many users commented on the picture of Dinesh Karthik. (Twitter)