New Delhi. Dengue has also started scaring Delhiites after the increasing cases of Corona (Covid-19) in Delhi and two patients of monkeypox were found. In the latest report of the Municipal Corporation of Delhi (MCD), 169 cases of dengue have been reported in the capital till July 30, 2022. This number of dengue in Delhi is more than the last five years, while this year the monsoon rains have not been as good. For the first time after the year 2017, so many cases have been reported in Delhi. Earlier in 2017, 185 cases were reported till the month of July. Amid rising dengue cases, the Municipal Corporation of Delhi has said that the number of dengue cases is increasing due to mosquitoes in the monsoon, although not a single dengue patient has died so far this year.

Dengue fever is caused by the bite of the Aedes mosquito. (signal photo)

what to do if you have dengue
According to doctors, the symptoms of the disease start appearing after 3, 4 days after the bite of the Aedes mosquito. It may take longer than that. Doctors tell that when an Aedes mosquito bites, it sucks the blood of a person and leaves the dengue virus in the blood, then if the same mosquito bites another person, then he also gets infected with dengue. 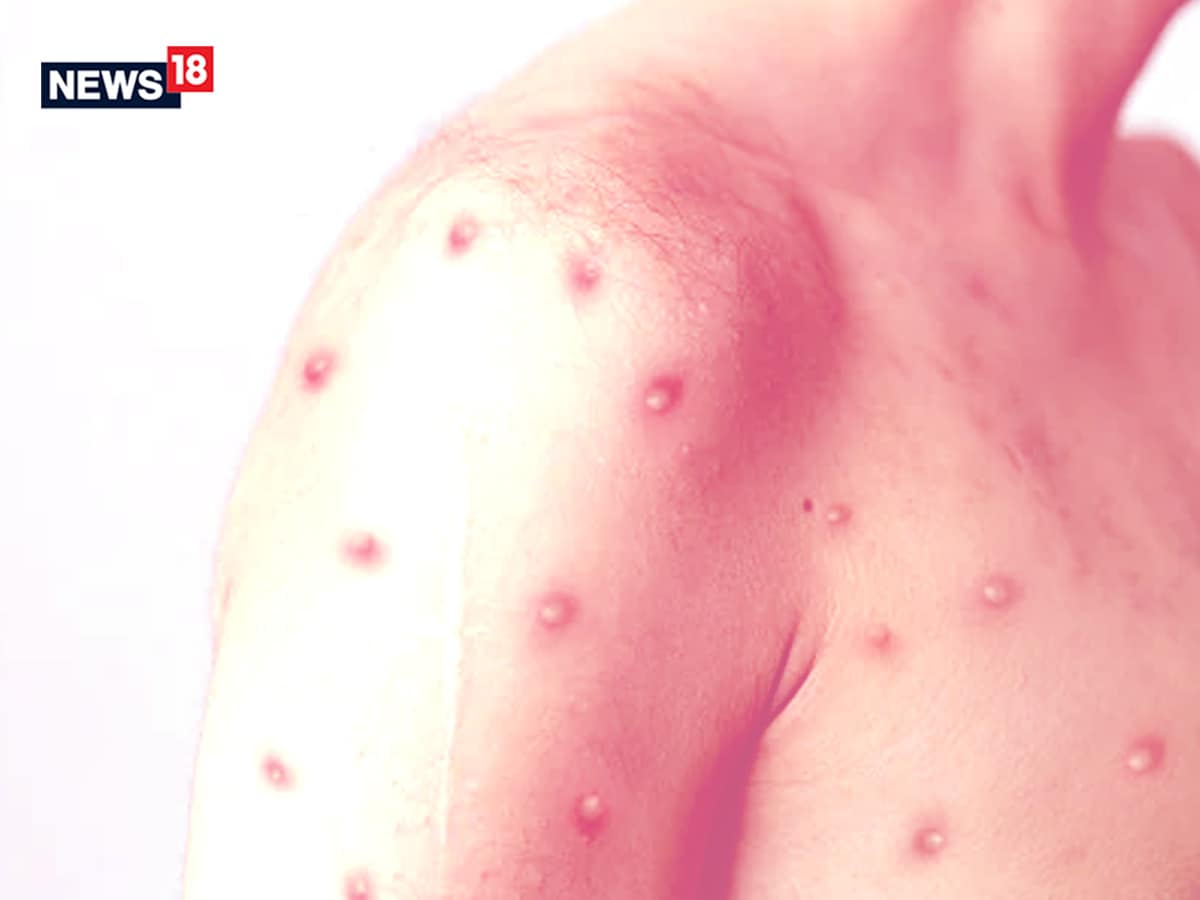 Ajit Singh, Superintendent of Rajasthan University of Health Sciences said that a 20-year-old youth with suspected symptoms of monkeypox was sent here from Kishangarh on Sunday night.

What are the types of Dengue Fever?
There are 3 types of dengue fever, out of which two fevers are considered very bad. Doctors believe that there are three types of fever namely Classical Dengue Fever, Dengue Hemorrhagic Fever (DHF), Dengue Shock Syndrome (DSS). The worst of these three are DHF and DSS because if the patient suffering from this is not admitted to the hospital soon, then he can die.

Also read: DDA reduced the booking amount for other religious events including Ramlila, but due to this rule, it is preparing to charge lakhs of rupees daily

Therefore, in the midst of increasing cases of corona and monkeypox, if a person sees high fever, joint pain or rashes on the body, then a dengue checkup should be done immediately. Apart from these symptoms, there is severe pain in the front of the head and there is no appetite. These symptoms appear so common that people often ignore them.